The fireplace has been incorporated into homes since time began.  It has evolved from a humble source of heat which was also used for cooking to an aspirational part of the modern sitting room. Turner Baker ltd has been working in the chimney Bristol industry for over 15 years dealing with everything from the hearth up to the chimney pot. If you’d like to learn more about our chimney Bristol services, please call 01173 360470

For something so traditional, chimneys do seem to involve an awful lot of jargon. Here are some of the most regularly used terms with definitions:

Chimney –   a structure that provides ventilation for hot flue gases or smoke from a boiler, stove, furnace or fireplace to the outside atmosphere.

Flue – the space inside a chimney is called a flue. One chimney can contain several flues.

Flue Liner – A tube that is dropped down inside a flue to improve the performance of an open fire, gas fire or wood-burning stove.

Flue pipe – another term for a flue liner. 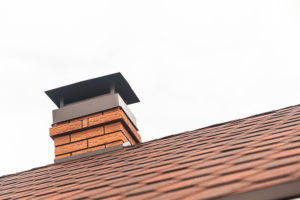 Flashings – the protection used to cover the join between the house and the chimney stack, usually made of lead, to prevent water from entering

Chimney pot – a terracotta or ceramic, pot-shaped tube that sits on top of a chimney stack

Cowl – a terracotta or steel fitting for the top of a flue or chimney pot which can stop rain entering the flue and birds trying to nest.

Chimney Breast  – a portion of a chimney that projects forwards from a wall to accommodate a fireplace.

Chimney Jambs – Also project from the wall on either side of the fireplace to support the chimney breast.

Fireplace – a structure made of brick, stone or metal designed to contain a fire

Hearth – This is the floor or ledge of the fireplace that usually extends into the room. Its original purpose was to provide a non-combustible barrier between the grate and the floor of the room, and to prevent burning embers or logs from damaging flooring or furniture. For reasons of safety and practicality, it is either made or faced with hardwearing, non-combustible material, such as brick, stone, slate or tiles.

Firedogs (also known as andirons) – are a pair of supports for logs in a fireplace; they were commonly used from medieval times to hold huge logs.

Fire Baskets – were introduced in Tudor times when coal was first used as a fuel. By the early eighteenth century, the basket was raised on wrought-iron struts and was fitted with a grid at its base to improve the oxygenation of the fire and through which the embers could fall.

Fireback – a thick iron plate, often decorated with a coat of arms or similar design – set at the back of a hearth to protect the wall and reflect heat into the room.

Register Grate – the enclosure of a fireplace with steel, brass or tile slips to improve its efficiency, first used in the early 19th century.

Chimneypiece – the frame of a fireplace.   As the focal point of the room, the chimneypiece became extraordinarily elaborate and many great architects stamped their style on houses all over the UK through their trademark chimneypieces.

Fender – A fender is a low metal guard made of iron or brass that is used to protect the flooring or rug from flying sparks or embers that may fall from the fireplace.  During the Edwardian era, the ‘Club Fender’ was introduced – a taller fender with cushioned seating pads. Originally used as a means of providing additional seating in billiard rooms and libraries.

Inglenook – An inglenook or chimney corner is a small recess that adjoins a fireplace.   The word is formed with ingle, meaning “fireplace” in Old English, and nook. An inglenook fireplace originally would have been used as the focus for a domestic situation, to cook, dry clothes and for sitting next to for warmth.  That is why the original inglenook often had a seat built into either side of it.

The earliest fires were built in the centre of the room, but after about the 12th century the fireplace was moved to a perimeter wall.  From there, eventually, the fireplace was enclosed by side walls, with a timber lintel to the front and covered with a hood to try and encourage the smoke to exit the building via a chimney and minimize the smoke spillage into the room.  A big fire could accommodate big logs and provide a source of heat and light. The resulting ‘inglenook’ construction was literally a little room inside a larger one.

If you would like to discuss anything chimney Bristol related, please don’t hesitate to call Turner Baker Ltd on 01173 360470.